When Do We Stop Eating? When We Go To Sleep!

Currently, both in Canada and the United States, about two-thirds of the population are overweight. In other words, if you line up 10 people, on average, only three of them have a healthy body weight. While there are many reasons for our expanding waistlines, one thing is clear – most people are eating too much and too often.

Non-Stop Eating Has Become The Norm

A new study from the Salk Institute for Biological Studies in California paints a sobering picture of what a typical day of eating looks like for many people. Researchers asked over 150 males and females between the ages of 21 and 55 to download a mobile app designed to collect, analyze, and interpret patterns of food intake. No one in the study was actively watching their diet or on a weight loss program. Users had to send pictures of everything they ate or drank for three weeks. Each upload also recorded when and where the food was consumed. Here’s what the researchers learned:

• The majority of participants ate for 15 hours or longer each day. If they took their first bite at 7:30am in the morning, their last bite was often at 10:30pm or later.

• Food intake was erratic and continuous. The only time people really stopped eating, for any length of time, was when they were sleeping.

• A significant number of calories (over 35%) were consumed after 6pm and into the late evening.

• Many people ate or drank at their computer, watching television, on the sidewalk, in the car, and in bed.

• Healthier foods were consumed at breakfast and less healthy choices were made as the day progressed, especially into the evening.

In a second part of the study, researchers asked a small group of overweight participants (ones who typically ate for more than 14 hours daily), to limit their eating to a 10 to 11 hour window. They were not asked to otherwise change their dietary habits. After four months, by limiting the amount of time spent eating, each person had cut their daily caloric intake by about 20% and lost an average of 7 pounds. They also reported having more energy and sleeping better.

My advice to you is as follows:

• Limit your eating to a 10 to 12 hour window. Researchers believe that eating around the clock not only increases the likelihood of overeating, but also alters our metabolism in a way that promotes an increase in body fat.

• Don’t eat mindlessly. Avoid or limit eating when at your computer, in front of the television, standing in your kitchen, or on the run. Eat with intention and attention. Research shows that distracted eating is less satisfying and causes us to eat more later in the day.

• Be especially wary of nighttime eating. At this time of day your willpower reserves have been depleted. You’re more likely to make unhealthy choices and to eat more than you need. Go for a short walk after dinner. Enjoy of cup of soothing herbal tea in the evening. Brush your teeth so that ongoing snacking is less likely.

Lessons Learned:
Eating too much and too often promotes overeating and weight gain. Most people need to eat less food, less often, and more mindfully.

P.S.  If you know someone who could benefit from this blog, please pass it along.  Thanks! 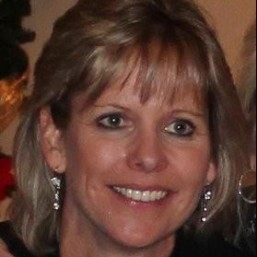 I’m a registered dietitian with a passion for peanut butter sandwiches and an undying love for chocolate. I’ve been researching, writing, and speaking about eating for optimal health for over 25 years. I have two wonderful daughters, love hiking year-round, and playing hockey in the winter. Perhaps, most importantly, I never let a good dance song go to waste!

I’m a registered dietitian with a passion for peanut butter sandwiches and an undying love for chocolate. I’ve been researching, writing, and speaking about eating for optimal health for over 25 years. I have two wonderful daughters, love hiking year-round, and playing hockey in the winter. Perhaps, most importantly, I never let a good dance song go to waste!